The Magic Flute: A Review in Images

The Magic Flute: A Review in Images

Not long ago I saw an opera play called The Magic Flute, presented by Opera Lyra, at Arts Court Theatre  The play is about a world that split in two – a Moon Planet and a Sun Planet. The first is ruled by an evil Queen and the other – by friendly king Sarastro. I enjoyed the blend of play and opera. Here are some elements from the play that appear in my head I think of the play: 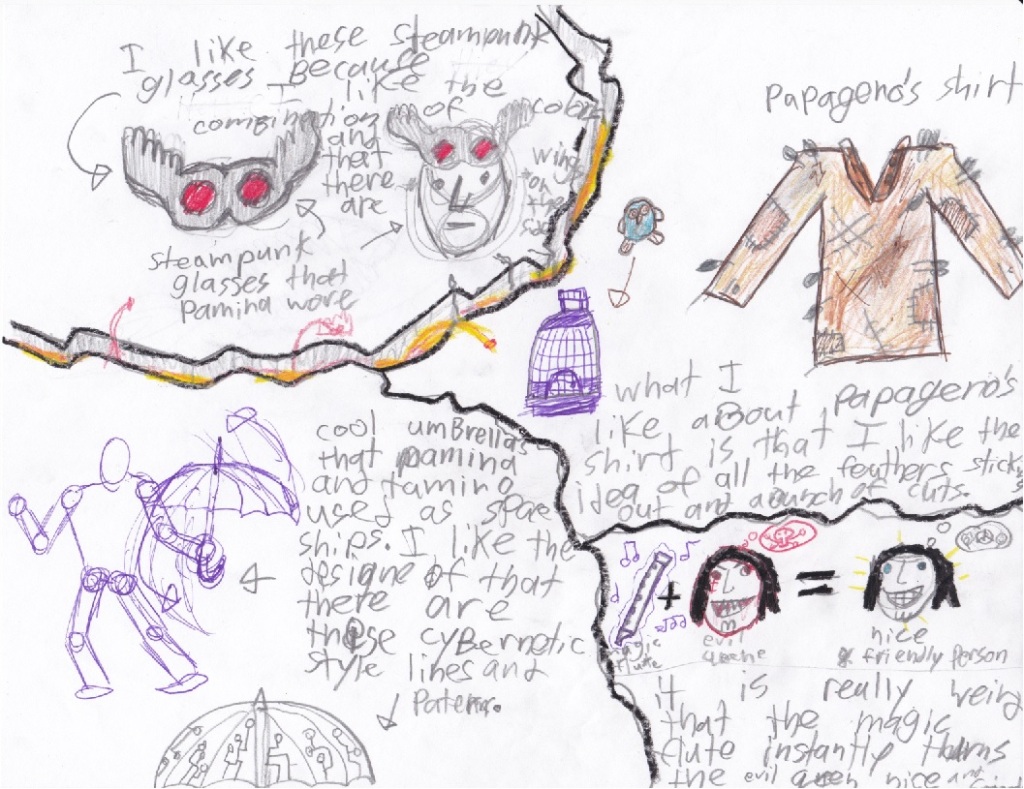 My first object is these really cool steampunk glasses worn by Pamina (Eliza Johnson), one of the evil queen’s warriors. I liked the glasses for their combination of colors, for the wings on the sides, and the red round lenses in the middle.

The second object is the spaceship umbrella. I like the design: see-through with silver-ish cyber-style patterns. I enjoyed how performers used these props. They swing and spin the umbrellas to show their flight through space.

The next is a shirt of Papageno (Cairan Ryan) – the bird catcher. All the feathers sticking out and the cuts create the look of a very poor person who is really into his hobby of bird-catching and who has travelled the world and has seen a lot.

And last but not least is the scene when Tamino (Sean Clark) uses the magic flute on the evil Queen (Ania Hejnar), which turns her into a nice person that wants to join Sarastro the king of the Sun planet. I found the transformation scary – she suddenly turns in to an extremely happy person, friendly to the point of creepiness.

I enjoyed the show and I believe many others will enjoy it too.

One thought on “The Magic Flute: A Review in Images”